Neptune is Widely considered by most heavy metal gurus as one of the best unsigned Epic Metal bands from Stockholm/Sweden in the 80’s. With an image and songwriting style like a cross between IRON MAIDEN, BLACK SABBATH and JUDAS PRIEST. The band has penned some great classic heavy metal tunes and managed to gain a cult status among demo collectors and underground metal fans around the globe.

The band has released 2 full-length albums, 2 EP´s, and a triple cassette box… 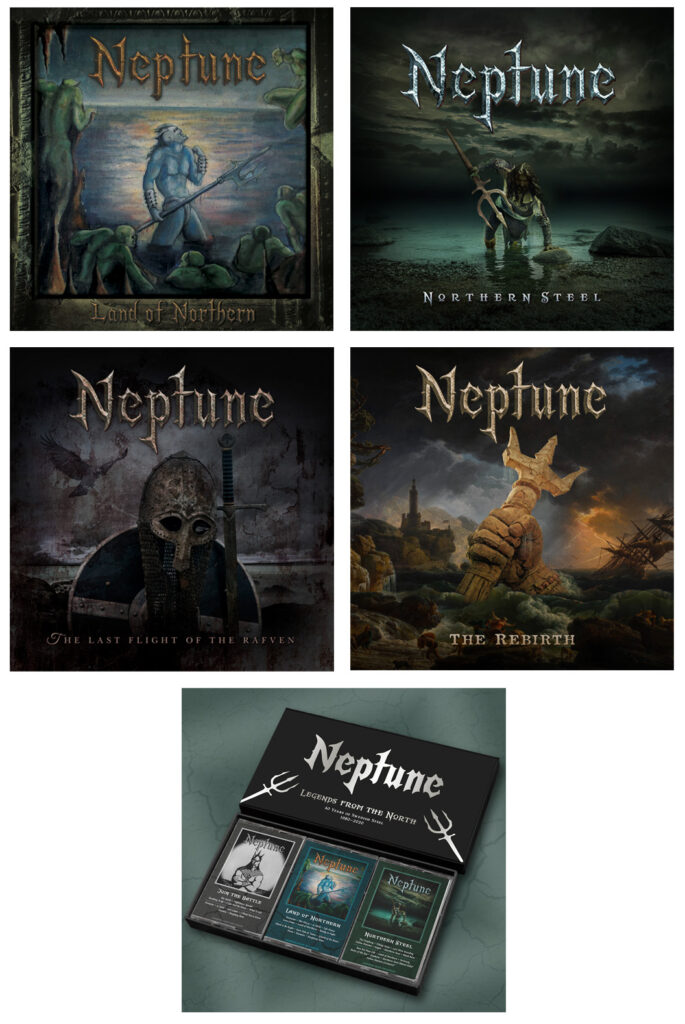 New songs but NEPTUNE has immediately certified that they have lost none of their classic magic. They still taste like a melodic NWoBHM band or, accordingly, as a pioneer of the NWoSHM. Besides that, they prove that every song has a certain hymn-factor.

Northern Steel is a great album by Neptune, capturing classic metal and giving it a Viking twist for all.

The metal goes well in the ear, I think of a mixture of ACCEPT with pathos, RUNNING WILD after UJR, IRON MAIDEN, the bombast from MANOWAR and all that mixed with Swedish influences, this mix comes across as awesome and stands out pleasantly from some other releases…

If Sabaton is too belligerent for you or Hammerfall too commercial, Amaranthe too poppy, you should definitely listen to this album from Sweden.

Streetclip (DE):
New songs but NEPTUNE has immediately certified that they have lost none of their classic magic. They still taste like a melodic NWoBHM band or, accordingly, as a pioneer of the NWoSHM. Besides that, they prove that every song has a certain hymn-factor.

Metalbrother (ES):
Neptune is a band of the movement Nwoshm (New Wave of Swedish Heavy Metal). They are one of the most exciting bands of this movement. They have the ability to generate that elegant melody and to play a melodic Heavy Metal of quality where the guitars always sculpt very good alone and where the choruses always flow smoothly. 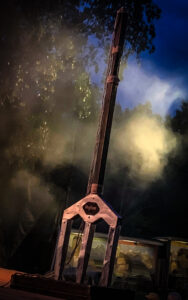 Rocking.gr (GR):
Having finally returned to action after nearly three decades, the Swedes continued on the familiar hard ’n’ heavy paths with a clear emphasis on melody and no reduction in quality.

Metal News (FR):
The famous quality is there, although the history of this group is somewhat out of the ordinary.

La Caja de Pandora (CO):
NEPTUNE, a long-awaited rarity of the mid-eighties, with a traditional Swedish-style of HEAVY METAL, very well executed both in its melodic and rhythmic lines, delighting the most expert and dedicated connoisseurs.